Dear friends of the Akawa Project,

The first quarter of 2022 saw the full roll-out of water sources rehabilitation and protection by our implementing partner ZOA around 9 washing stations. It also saw the Akawa Teams bring the pencil to the paper to establish the Key Performance Indicators which will be monitored in the coming years. Nursery beds are now all built-up and being prepared to receive seedlings in freshly installed sprouters, definition and picture on the last page ! We take a break with interviews in this edition as we prepare a very special one, with one of our donors, for our next News brief.

As usual please enjoy the read and don't hesitate to share this around you to spread the Akawa love !

Following the topography study led in 2021 and having identifying the 20 water sources around 9 communities which were to benefit from the intervention the implementing partner got to work in February.

The first phase was to bring construction materials on site whilst the local communities did their share by providing gravel. Their engagement has been fantastic and asking them to contribute to a small extent to providing materials has generated comitment and a sense of ownerhsip of these sources. Rehabilitating natural spring sources consisted in placing pipings and building collection pits as well as building concrete clothes washing bassins and information display walls.

Beyond ensuring water can be collected in a clean and safe manner these additons of washing bassins and display walls allow to prevent contaminating local sources or rivers with soap and to clearly display sensitization messages to the users on the information walls.

Once the sources were built a series of trainings took place to sensitize the local communities on hygiene and sanitation, proper use of the water sources and washing bassins, and to help them set-up Source management commitees, made of 5 people each and in charge of supervising the good use of the infrastructure and keep it maintained. 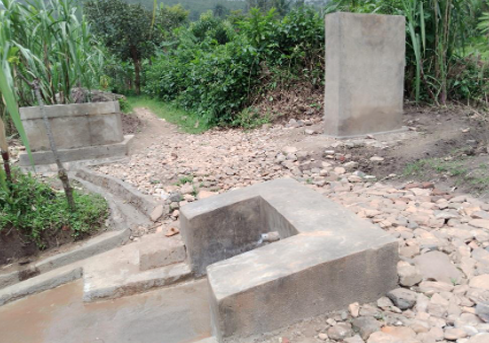 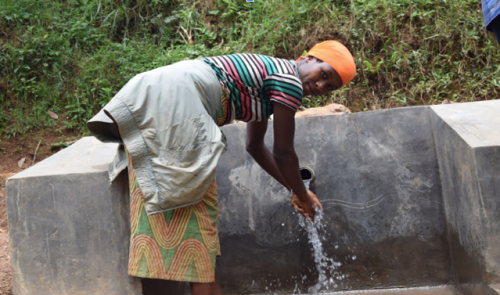 We will be frequently visiting the sources and it's users to find-out how these additions to their communities are making an impact !

In the first quarter of 2022 our Project Supervisor carried-out 5 training sessions around the stations of Ruhora, Burambi, Mageyo, Rugazi, and Rusekabuye. These were attended by a total of 114 Leader Farmers, of which 18 Women. Note, there are 9% of Women registered in the Project, Leaders are showing the way by having a higher share of Women involved (15%) but there is still a long way to go towards better gender representation !

During these sessions focus was put on harvesting techniques, inter-cropping, and pest management.

Here is what Jean-Pierre, the trainer of trainers has to say about these sessions: During the training itself, each presentation prompted each of the leaders to intervene and deliver the lessons to be given in turn for their respective farmer members. After explaining the process to follow to increase production and safeguard quality during the harvest in their plantations up to the factory, we also emphasized the importance of intercropping and nutrients from these. and compost: contributing not only to increasing the production and density of their cherries, but also fighting diseases and minimizing negative impacts on the environment. Some who have applied the compost to their plantation have appreciated that there will be a clear difference in production and hope to produce more in the years to come. The leaders expressed their feelings of thanks and confirmed having been reinforced on certain themes.

During the training session in Mageyo the attendants were offered a cup of coffee as they expressed previously wanting to produce great quality coffee but could never taste it themselves ! 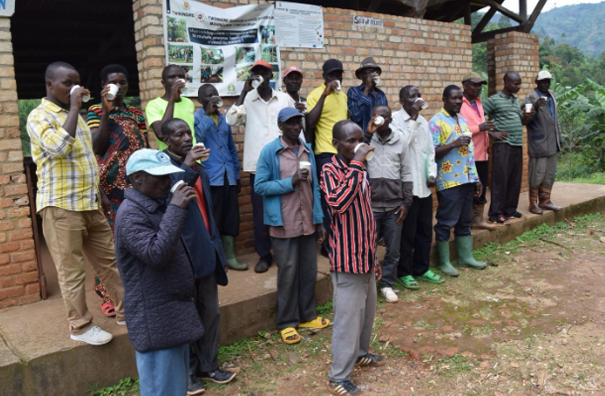 Over the past months the Akawa team brainstormed over possible Key performance Indicators to start collecting from the Project activities. From the first white board which had an intial list of more than 50 indicators we cut through in order to remain with the most sensitive ones. The priority was to select indicators that make sense to the Project and it's Farmers, are measurable over time, and speak words vis-à-vis the core ambitions of the Project. These were regrouped into 5 families depending on their expected impact.

Here is a recap of the final list of indicators which have been chosen. 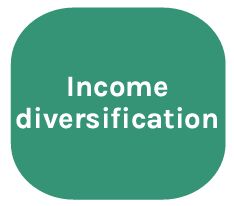 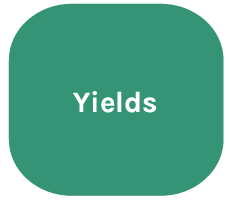 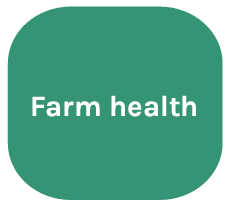 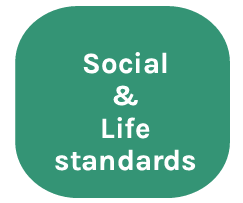 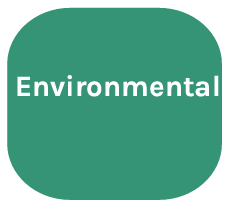 We will be reporting on a regular basis about our indicator measurements and how these impact farmers lives in the Akawa Project ! 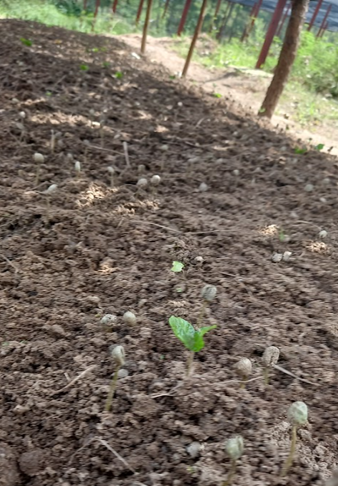 Sprouters being set-up in the nursery beds

1: to grow, spring up, or come forth as or as if a sprout

2: to send out new growth

Thank you for taking the time to read about the Akawa Project, we hope you enjoyed and would you have any questions or comments please feel free to reach out by writing to infoATakawa-projectDOTcom with a cc. to thomasDOTdelbarATsupremoDOTbe